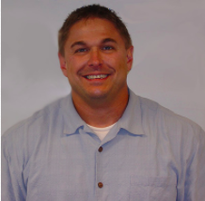 Rick Needham    is Chief Executive Officer and Partner SKOVEX, LLC.  He has over 10 years experience in development and marketing on the internet.   This experience began at the University of Kansas Medical School where as a student, Rick spearheaded a project involving internet development for the Department of Pathology K.U. Med.  His work with this project culminated in an internet web site that was used as a study resource for K.U. Med Students, the official text book for pathology in all Japanese Medical Schools, the unofficial text book in United States Schools, and a valuable resource for people looking to expand knowledge on medical issues.

Following the success of this project, Rick withdrew from school and after doing several projects for the Association of Independent Hospitals, started IBD, Inc., a pioneering internet development company focusing on building internet based communications within the Farmland Cooperative Structure in 1995. Rick grew this company to national proportions, having customers in 9 states and gained notoriety by companies such as Earnst and Young, Farmland Industries, John Deere, Oklahoma State University, Willfarm, and other industry leaders.

His company went on to become a pioneering partner with Oracle, playing a significant role in the production of what is now Oracle Portal software.  The Chief Technology Officer became a regular speaker at Oracle Open World conferences which brought IBD, Inc. international notoriety.  Rick exited this company in 2001 and started a second development company, IntegriCorp Technologies, LLC.  Utilizing knowledge he gained through work with Oracle, Rick has built “community” based software which has been used by several companies including General Mills. Integricorp Technologies joined other companies to form Mad Gamers Network, LLC, a front line gaming community who pioneered cutting edge technology to create a first of its kind user experience.  Rick has been a consultant for People to People International, The State Department, and James Madison University in relation to a global community for land-mine removal.

Rick and his wife, Robin, have three children.